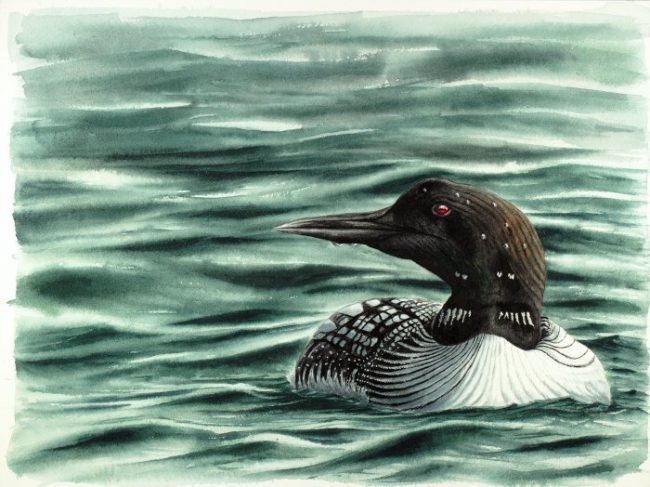 For a moment, my zodiac’s passengers no longer exist. I’m immediately cutting off the boat engine, I don’t want to hear a single noise. Before me, my colleagues continue their slalom in this maze of islands and icebergs in this far corner of the East coast of Greenland. Eyes fixed on this inlet opening up to the sea, listening carefully, I barely dare to breathe. Suddenly the sound I thought I heard repeats, in the sky. He’s out there somewhere, lost in the blue. His call resonates. A thrill runs through my body and a wide smile crosses my face. For the first time, finally, I’m hearing the Great Northern Diver.

For some people, numbers have personalities. For others, letters have colors, and sounds different smells. It’s called synesthesia. For my part, a bird song can touch me right in the heart, or make me dive into a landscape and make me relive atmospheres, smells, sounds and lights. The slow whistles of the Black Bird make me feel the late heat of summer twilight. The drumming of the Great Spotted Woodpecker plunges me into the naked forests of the fresh spring mornings, under an immaculate blue sky. Crane flocks bring a lump to my throat and make me fly over the whole of Europe to the Scandinavian taiga. Nothing rational, it just hits you in the gut. It’s an aggregate of sensations that are rooted in my childhood, nature experiences and readings.

There is one I’ve never heard. Among all, it is one that has kept me dreaming since childhood, under the light of my bedside lamp, eyes on my identification guide, headphones on my ears: the Great Northern Diver.

Imagine a sweet and powerful song, a long note that rises into a high pitch, which runs on the surface of water to reverberate on mountains covered in taiga and tundra. A sound that evokes both the wolf’s howl, the owl’s hooting and the dinosaurian part of birds. The song of a bird, bound to water by all aspects of its anatomy, physiology and ecology. A bird I saw every winter on the Atlantic coast, in a desperately dull plumage, tinted with brown, grey, white with its blackish scarf. While in summer pure white shares a checked pattern with the deepest blacks that cover up his head and frame his red eye with green reflections. Contrasts that the bird takes with him to nest in Greenland, Canada and Alaska. Every time I listen to his song or his calls, it’s the same thrill. Even after hearing it in every Hollywood movie when the atmosphere gets a little mysterious, it failed to tarnish my fondness for these sounds.

So when finally such a bird shows up in front of you, in his wonderful plumage, it’s bound to be astounding. ” There’s a Great Northern Diver in breeding plumage out there in the bay!”…” Ah… yes “. I’m disconcerted by my colleague s’ indifference. It should be said that here in Lista, they must see it every migration season. But for me it’s another story!

So in the evening, here I am, sitting behind a small cabin to protect myself from the wind, eye in the spotting scope trying to draw it. He’s fishing: twenty seconds on the surface for two minutes underwater. Every time the same sequence: I need time to find it, to put it in the scope and zoom. I barely have a few seconds left to observe before he dives again. Then it all starts over again and again. I succeed in drawing an interesting sketch with quite a few annotations for a future watercolor.

I can’t snatch myself away from the bird. It’s that kind of observation where you can never get enough. ” Just a little bite more, and a little more…”. The opportunity is too great. A few minutes later, I am lying in seaweed twenty meters from him, eyes in binoculars. I took advantage of one of his dives to put all my gear down and come hide behind a big rock to get closer. At the water level, “with him”, I am eventually content. It’s getting dark, I’m going home.

Months later I am painting this sketch, listening to the calls I heard in Greenland and the singing I keep dreaming of. My “naturalist synesthesia” remains intact.

But what’s left of it when the songs of Wryneck, Stonechat, swallows and larks disappear? Are we missing something? All too often I see people talking with a very light and trivial tone, about the time when there were swallows. They don’t seem to miss anything. And as time goes by, can we miss something that we no longer know, or worse, that we haven’t known at all? It worries me, it consumes me. So, I comfort myself by asking myself a question: could our “naturalistic synesthesia” make us feel an absence, a lack, a sadness, a desire to find what we forgot?

After a text like this, it was out of the question to leave you without the song of the bird itself. So here’s a link to a recording done in British Columbia, Canada, on April 26th, 2019, at 10:30 pm by a recorder called Sunny Tseng. My advice: put your headphones on, or if not turn up the volume, close your eyes and let yourself be transported during the four minutes of this recording. At first you have the “tremolo”, which the sound I heard in Greenland and that is in a lot of movies, but carry on after that because comes what is called the “whale singing”. You’ll understand why. The echo seems amplified by the sensitivity of the recording device, but it doesn’t ruin anything. I let you discover these amazing sounds. Looking forward to reading what you think about all of this! 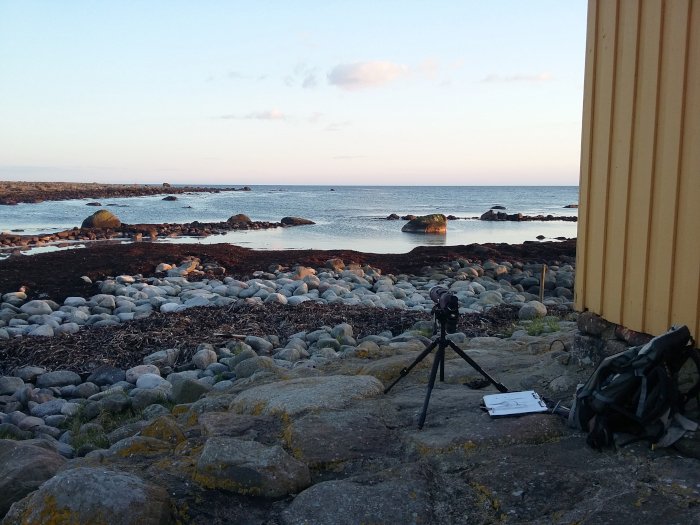 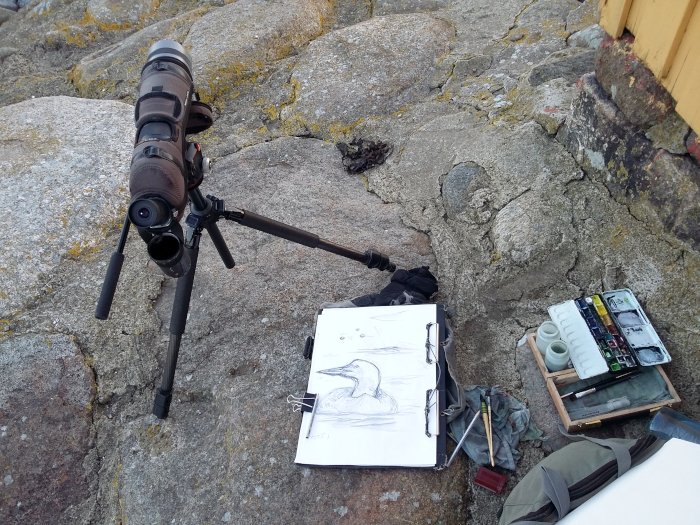 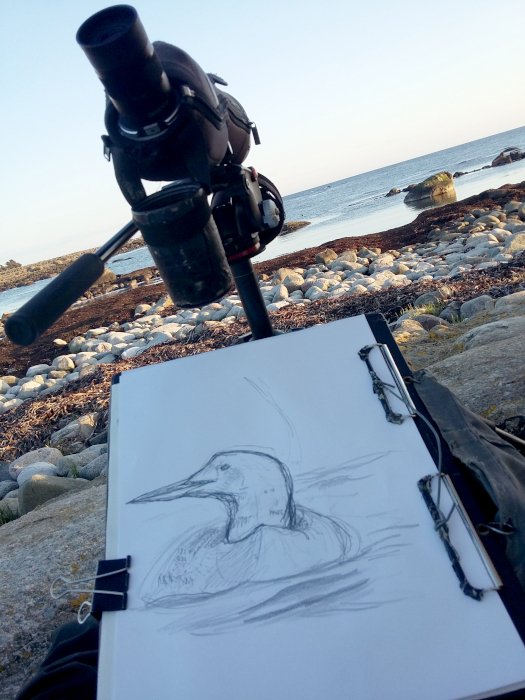